Omega-3 For Kids Brain Health: What Parents Should Know 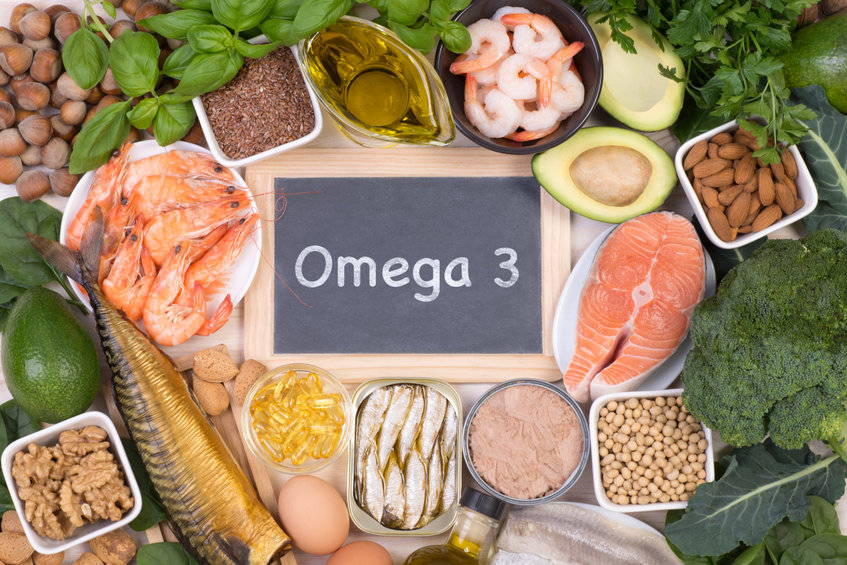 Did you know that omega-3 fatty acids are important for brain health in kids? In fact, they play a role in cognitive development and can help protect the brain from damage.

We will explore why omega-3 is so important to your child’s brain health. And we give you some tips on how to ensure your kid gets enough, including using omega 3 supplements.

Omega-3 fatty acids are a type of polyunsaturated fat that your child's brain really needs. In fact, they're called essential fatty acids because they're so important to the development and maintenance of your child's body.

The body cannot produce omega-3s, so they need to be gotten from food.

The three main types of omega-3s are:

ALA is plant-based and is present in flaxseed, walnuts, canola oil, and certain vegetables. Nonetheless, ALA isn’t active in your body. Your liver must convert ALA into EPA and DHA before it’s active, but this conversion is limited and possibly less than 15%.

EPA and DHA are present in fish and their oils.

Fish do not make omega-3s. They get them from eating algae and plankton that make them.

Numerous studies have shown the benefits of omega-3 for kids. 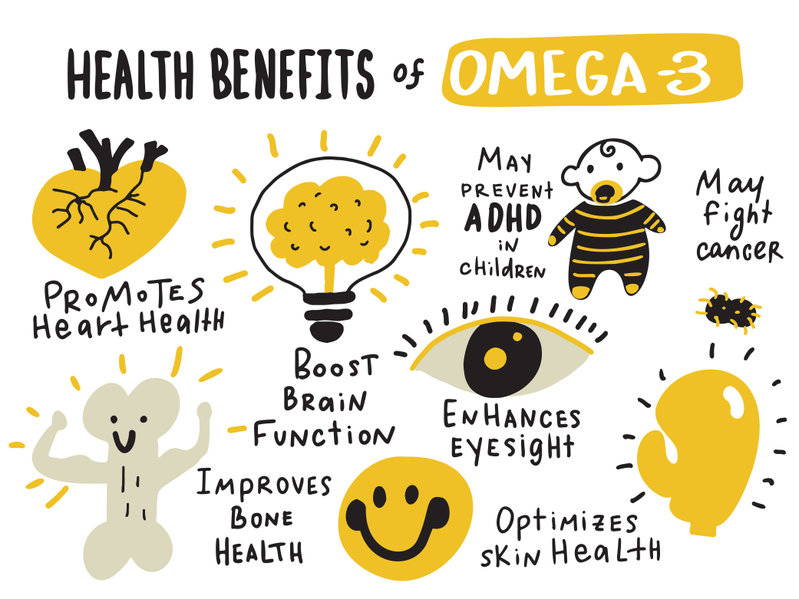 Improves the symptoms of ADHD

Omega-3 has been shown to help with hyperactivity. In one study done on omega-3 and ADHD symptoms, it was found that kids who ingested omega 3s had better behavior than those in the control group.

Another review of 16 studies revealed that omega-3 fatty acids improved memory, attention, learning, impulsivity, and hyperactivity, all of which are often affected by ADHD.

In this study, 92 children with ADHD between the ages of 6 - 18 were examined. Children who had low EPA in their blood, became more attentive and vigilant at the end of the 12 weeks when taking EPA.

Reduces the symptoms of asthma

Asthma is a chronic condition that affects children and adults, causing symptoms like chest pain, breathing difficulties, coughing, and wheezing.

Some studies have found that omega-3 fatty acid supplements help relieve these symptoms.

In a study of 135 children with Asthma, omega-3 fatty acids were found to relieve these symptoms.

Another study investigated the effects of Omega-3 in 29 children with bronchial asthma. The study revealed that dietary supplementation of omega-3 was beneficial for children with asthma.

Studies have shown that at least 15 out of 100 children have difficulties sleeping and this is a cause for concern because kids need enough sleep to help them grow.

While melatonin supplements may help children create better sleep patterns, omega-3 acid has also been shown to promote better sleep in children.In one study of 395 children, decreased blood levels of omega-3 fatty acids were linked to an increased likelihood of sleep disorders. It was also discovered that taking 600 mg of DHA for 16 weeks reduced sleep disturbances and resulted in roughly an extra hour of sleep per night.

Lowers the risk of obesity

Omega 3 fatty acids have also been found to lower the risk of obesity in children. Since omega-3s increase metabolism, which results in more calories burnt, it is best to introduce omega 3s into your kid's diet as early as possible.

Omega 3 fatty acids are also known for helping to boost the immune system, which is important for kids.

Additionally, omega-3 fatty acids can be used topically on cuts and wounds because they speed up the healing process.

Another benefit of omega 3 fatty acids is that they reduce the risk of heart disease and arthritis. They also improve bone health and heart health.

Omega-3 and Your Kid’s Brain Health 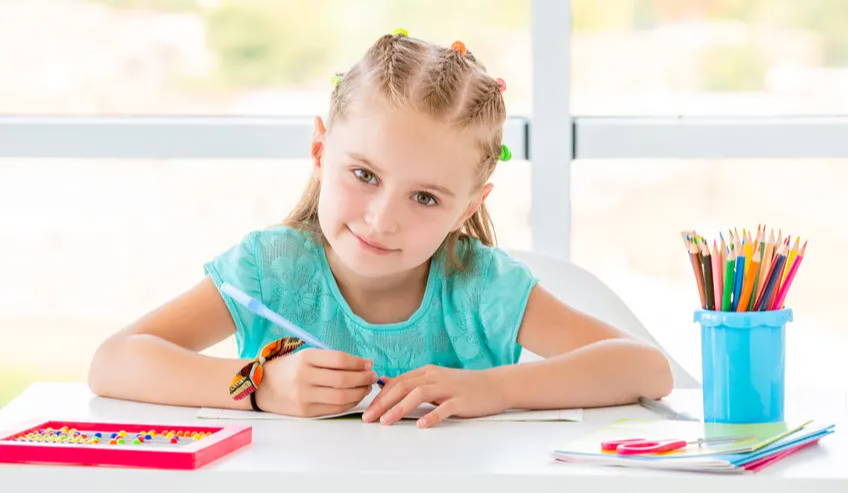 Omega 3 deficiencies have been linked to a number of negative effects on a child's brain and body, including:

Although not all research has found that omega 3 deficiency is linked to these symptoms, studies have shown the importance of Omega-3 on the brain health of children.

Children with the highest levels of total omega-3s and DHA were three and four times, respectively, more likely to pass at least one condition of the DCCS test of executive function than those with the lowest levels.

In a 6-month study,183 kids who ate a spread rich in omega-3 fatty acids had increased verbal learning and memory.

Omega-3s also help to reduce depression and anxiety, which is a big deal for kids because these mental health issues can arise at such a young age.

A review of 3 studies on omega 3 fatty acid and depression showed that omega-3 was more effective than placebos for depression in both adults and children.

Omega-3 plays a crucial role in brain development even during pregnancy, and in brain health, as your child develops. Helping your child meet the recommended daily intake for their age through food and supplementation is critical. 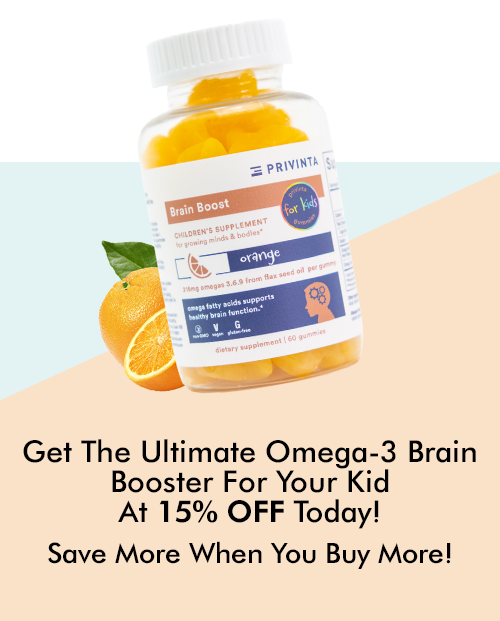 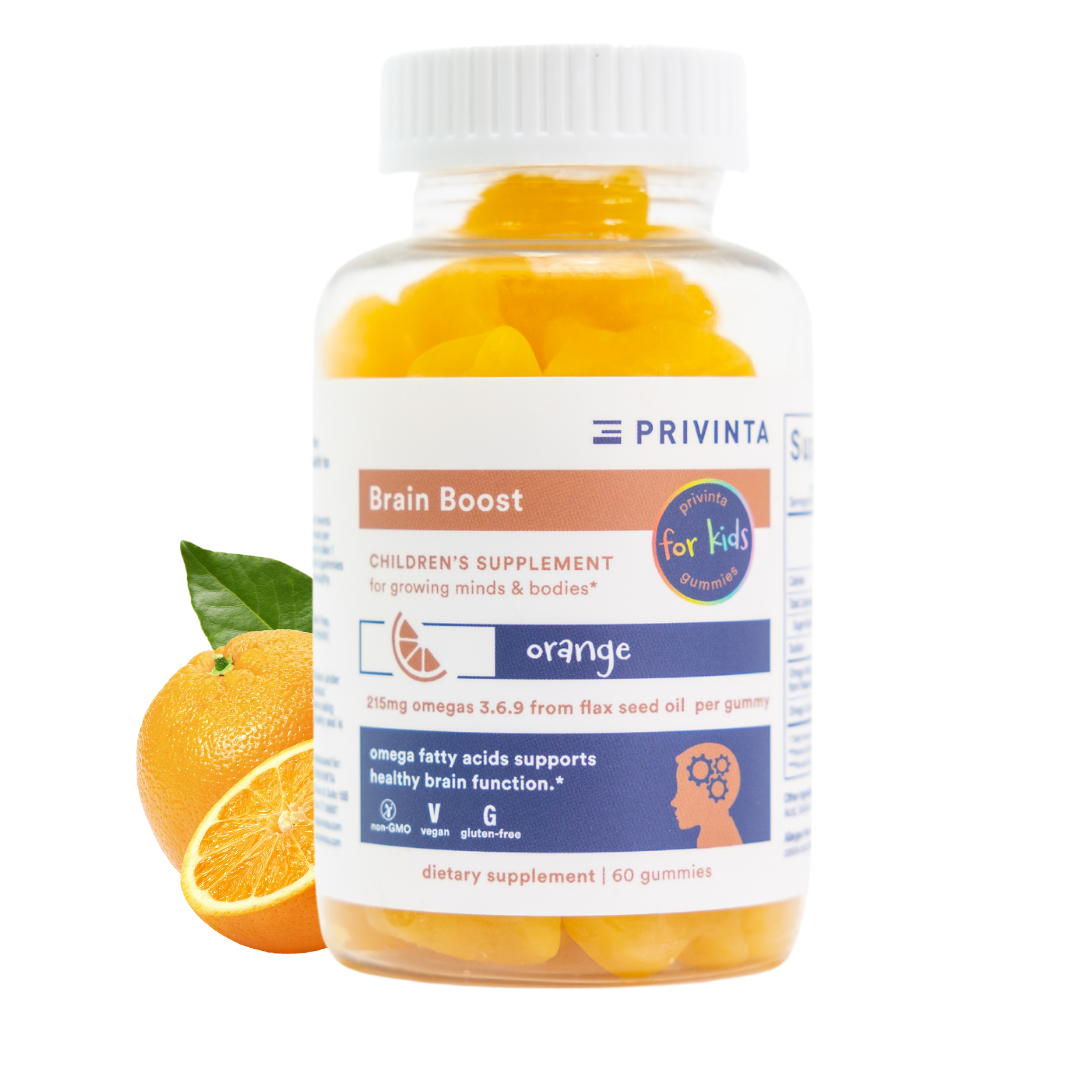 The amount of omega-3 fatty acids required on a daily basis varies according to age and gender. If you're taking supplements, it's advisable to stick to the directions on the product purchased.

The only omega-3 fatty acid with specified dosage recommendations is ALA. The recommended daily intake for ALA in children are as follows: 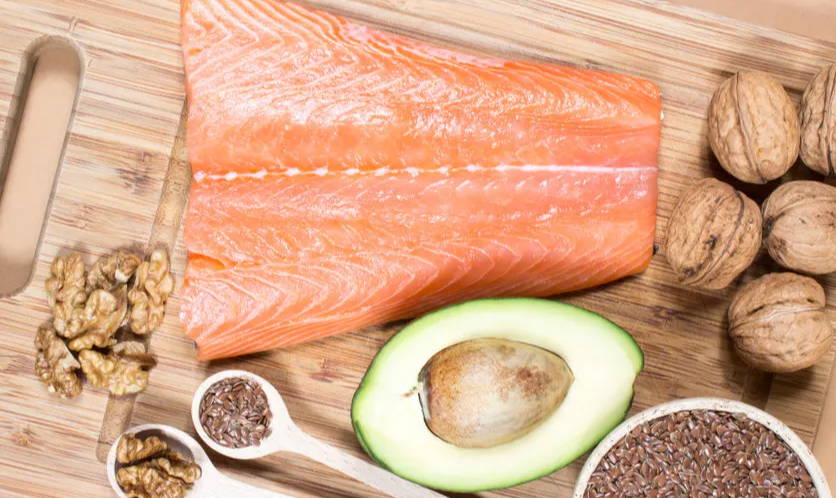 For DHA and EPA, good sources are:

Be sure to check for bones when given fish to children. Bones constitute a choking hazard.

Meeting up with your child’s daily intake may be challenging, as some kids don’t like seafood. Giving omega-3 in supplement form to your child will help them get all the benefits omega-3 has to offer.

Our Omega-3 supplement is designed to promote optimal brain function and health for your kid.

Each gummy is packed with 430 mg of Omega-3 (more than most gummy supplements).

By supplementing your child’s omega-3 daily intake with our gummy, you’ll not only boost your child’s brain health but provide them with other many benefits omega-3 provides including:

We derive our omega-3 from natural flaxseed, which makes it ideal for kids that are allergic to fish oils.

Our supplement is 100% natural and free of gelatin, soy, milk, nuts, eggs, artificial colors, and preservatives. Rest assured that your child is not consuming any harmful additives.

They also come with natural orange flavoring that gives a taste your little one can resist!